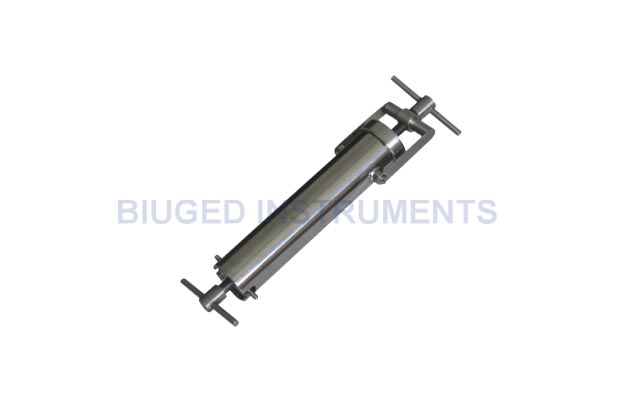 BGD 297 Pressure Density Cup is designed to measure the liquid sample density with the minimum of error. Some paints that tend to pick up significant quantities of air during manufacture. This instrument operates on the principle of compressing the paint to such an extent that included air bubbles are reduced to a negligible volume. It can be used with materials containing up to 10% by volume of included air and is capable of results reproducible to better than ±0.5%.

The instrument consists of a hollow cylinder with a plunger in one end and a pressure release cap at the other. Pressure can be applied to the sample of paint by advancing the plunger with the screw provided. Excess paint is forced out of the pressure release cap which is set at a value of 150 p.s.i. The instrument is so made that when the plunger is screwed home the volume of paint enclosed is that of 100ml.

The paint is now compressed by advancing the plunger. When the pressure in the cup reaches 150 p.s.i. paint is forced out between the cup and the pressure release cap. When the plunger has been advanced to its full extent the paint in the cup is at a pressure of 150 p.s.i. and the volume is the same as 100ml（that of 100 gms. of water at 16.7°C）. If the temperature is other than 16.7°C there will be a small error due to the thermal expansion of the cup, which may be regarded as negligible if the temperature is between 12°C and 20°C. The excess paint is washed away from the top of the cup and the whole instrument dried.

It is made up of stainless steel and easy to clean. It conforms to ISO 2811-4 and BS 3900 A22. And each density cup comes with Calibration Certificate. 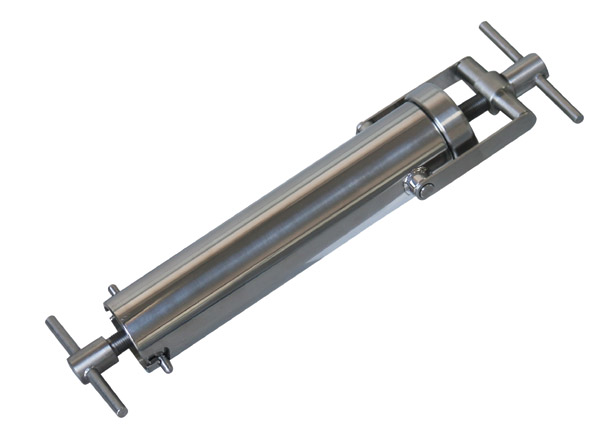 ■ Come with the calibration certificate

Scan the code for more details